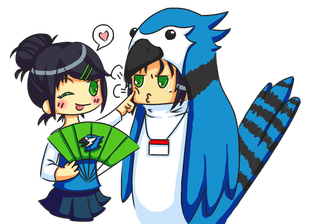 Utterly confused about your child wanting to go to something called Jaycon? Concerned about letting your child come to Jaycon? Have questions? Look no further, we’ve thought of the major questions and answered them here.

What is an anime con?

An anime convention is a gathering of like-minded individuals to share their mutual love of anime, manga, and general Japanese culture. Many of these attendees show their love of anime by dressing in costumes, or cosplaying, as anime or video game characters. By attending panels and workshops, attendees can learn about many different aspects of anime, such as fanfiction writing or the anime screen cell creation process. Events such as the Masquerade and Costume Contests engage attendees to show off their skills of costume making and skit creations. Guests such as successful artists and popular comedians will host performances and discussions. Overall, anime cons are a place to have fun and be yourself with people who love the same things you do.

Jaycon is hosted by the Anime Club of Elizabethtown College, which makes Jaycon a bit different then your average anime convention. Instead of being hosted in a convention hall or a large hotel, Jaycon is hosted on the school campus, using academic buildings and a performance hall as the con center. Because our average attendee age is younger then other cons, we strive to keep the con appropriate for all ages.

How does the club make the con appropriate for younger attendees?

Because of the lower age range of our attendees, Jaycon has put in place a number of rules to protect our younger guests. Vendors and Artists must keep mature merchandise out of plain view, while panelists are warned to exclude any mature content from their panels. Events that do have mature content are clearly marked, with entrance only given to those attendees with 18+ wristbands. These wristbands must be garnered from the Registration Table by presenting a Government Issued ID of some sort, and are put on by con staff. Wristbands cannot be transferred between guests, so younger attendees cannot acquire them. Entrance to 18+ events is vigilantly monitored by con staff to ensure the safety of all Jaycon attendees.

Safety of the college

Elizabethtown College has 24/7 patrols of Campus Security. Campus Security is responsible for providing protection for all members of the campus community. This is accomplished through the department's law enforcement and security protection programs. The department consists of a Director of Security, a patrol division, a communications division and an administrative staff.

How can you make your child's experience at Jaycon safer?

While the staff of Jaycon strives to make Jaycon as safe as possible for all attendees, it is highly recommended by the Elizabethtown College and the Staff that all younger attendees be accompanied by an adult at all times during the convention. This will ensure the proper supervision of your child so they can get the full experience of the anime convention.

Still confused? Have questions? Feel free to Contact Us to speak with a Super Staffer.