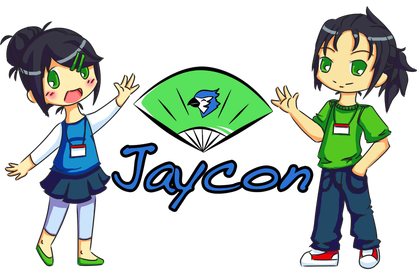 In 2010, a crazy, spontaneous idea became reality in the first-ever annual anime convention to be hosted at Elizabethtown College. Jaycon 2010 was a one-day con with the main event being Cosplay Chess. In 2011, the con was extended to Sunday, and the main event was a performance from Reni Mimura. Jaycon 2012 brought Kevin Bolk and Cosplay Comedian Joe as guests, and expanded our attendee cap to 350. In 2013, Jaycon 4 had voice actress Michelle Knotz and the Japanese band the Asterplace, along with Kevin Bolk and Duane Johnson. In 2014, Jaycon hosted its five year anniversary and hit its cap early Saturday morning despite the poor weather. Although struggling with some issues, Jaycon 6 happened April 9th-10th 2016 and was brought back like a mighty phoenix